Happy Thirsty Thursday! Here is our first daily post giving our reads insights into today's market action and what to expect tomorrow.

It looks like the bulls are reaching for a cold one in a collective toast to the most recent FOMC meeting minutes release. Turns out the Fed members felt that a slow and steady approach to adjusting the federal funds interest rate was the best game plan..for now. How long do you think the fed will keep the rate at 2.25-2.5%? Maybe stretching it out until the 2020 elections? Food for thought!

Today was a Whip Saw of a Wednesday.

The market was all about that chop chop on Wednesday as the buzz began hitting the streets that Washington could impose restrictions on another Chinese technology company. The back and forth between the worlds largest economies has the bulls slightly spooked that the trade war is just heating up rather than cooling down. Can we just tax China at 100% of everything and put China in checkmate already? It sounds crazy but it just might work. The US and China are in a game of chicken right now. Who will blink first is the question. Who do you think will be the first to yell uncle?

The SP500 has been struggling to regain ground above its 50 Daily Moving Average  for over a week now…Think about this before adding to any new longs positions, or going heavy short. There is still no “breakaway” or divorce candle, as Creed calls it in the trade room. The Bears are looking mighty thirsty and are dying to to take that drink…but it may be premature yet. Lets see what tomorrow brings.

Target ($TGT) earnings surprised the market coming in at $1.53 per share, which beat the streets estimate of $1.43. Earnings are up 15.9 percent from the same period last year. Target’s beat was fueled by an impressive 42% digital sales increase. Does Amazon ($AMZN) have any competition in this space? Or is there plenty of online sales to go around? We were able to capture some of $TGT’s action in the trade room, be sure to join us in the mornings to catch the hot earnings plays and gap up stocks.

Jobless Claims at 8:30 am The Trump administration has been extremely vocal on the record low jobless claims that the country is currently enjoying. Last weeks numbers were impressively low. Will the trend continue tomorrow? The bulls could use a little extra push right now.

New Homes Sales at 10:00 am New Homes Sales have been on the rise, hitting 5 year highs as of last month. Buyers may be scrambling to take advantage of low interest rates now. Moving into their new homes before the tightening of credit rears its ugly head. 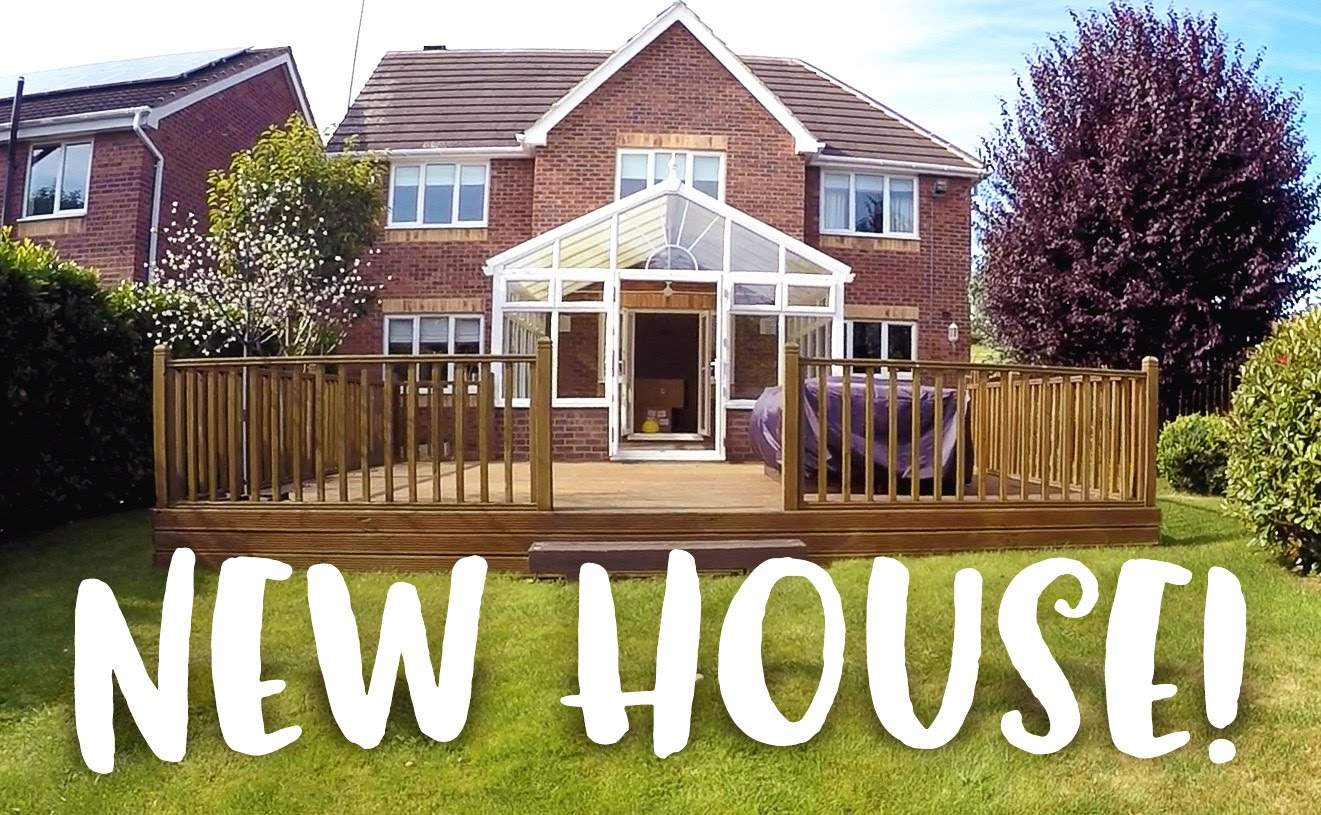 Target ($TGT) may be in the books,but there is more retail key retailers reporting today. Ross Stores, Inc. ($ROST) reports tomorrow along with Best Buy Co Inc ($BBY). These will be interesting earnings calls to eavesdrop in on. What will CEOs have to say about trade issues affecting their bottom line? Do you think consumers are still going out shopping till they drop? Investors will be watching and listening for potential heads up on potential headwinds as Q1 earnings keep telling the greater story.

Crude oil inventories rose by 4.7 million barrels last week, versus expectations for a decline of nearly 600,000 barrels, this gushing surprise caused oil futures traders to drop the price of crude down below the 50 DMA to close the day negative -2.87. Mind you, the price of crude ($CL_F) has been running in sync with major US Indexes. Could the price of oil be the canary in the coal mine signaling markets might slip?

Trump on met with Democratic lawmakers on Capitol Hill this morning to discuss an infrastructure bill. Unfortunately, it was a closed press meeting so we didn’t get to see the drama unfold. The President abruptly ended a meeting which was supposed to be focused on infrastructure spending, not partisan politics. 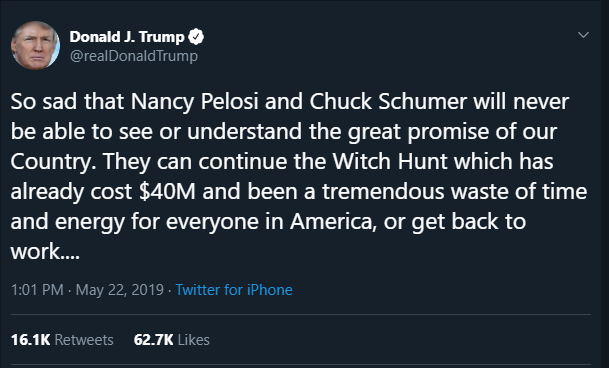 We can only imagine being a fly on the wall, but what we know is that at some point the talks with south, ending with Trump blasting them over the continuing investigations by lawmakers and U.S. House Speaker Nancy Pelosi’s finger pointing that he is engaged in a cover-up. How important do you think an infrastructure bill is to get passed? Seems like this topic should be something that is easily agreeable among both parties. I know my car maintenance bill would be slimmer if they got their rears in gear and pass a bill already! The roads need work!

Check out our friends over at TradeStocks for daily market updates and interesting news in the world of stocks!